Rem D Koolhaas, co-founder of the Dutch designer footwear brand United Nude, shared how he used architectural concepts as predictive model for his avant-garde product design at a masterclass in Manila last January 12.

The rare encounter with the visionary brand builder happened at the recently opened flagship store of United Nude inside the Newport Mall in Resorts World Manila.

The masterclass, dubbed “Re–inventing Shoes,” kicked off with a conversation between Koolhaas and design enthusiasts. Koolhaas shared how his creative side unraveled before delving on the principles of design and the rest of the story behind the intriguing brand, including memorable collaborations with high-profile creative luminaries.

The United Nude brand that Koolhas nurtured has global cachet. The footwear line commands the attention of individuals who value unique design and style. Asked if he considers himself first and foremost as an architect or shoe designer, Koolhas stated that he regards himself a brand maker.

A brand is born. Rem was studying architecture in the Netherlands back in 1999 and nursing a broken heart when he ended up sketching shoes. He was then working for his uncle and namesake, the famous Dutch architect Rem Koolhaas.

Before long, he was showing his shoe designs to established footwear makers, but the younger Koolhaas was told that his concept was not aligned with their `signature’ and that if he wanted to launch it, he needed to start his own brand.

A pivotal moment was when Koolhaas was introduced to Galahad Clark, who represents the seventh generation of shoemakers from the Clark shoe clan. With Rem’s design skill and Galahad’s financial backing and business clout, a strong team-up was formed, leading to numerous artistic, unique, and experimental footwear collections.

The first of several groundbreaking designs – the one that Rem D Koolhaas created in 1999 — was the Möbius line which utilizes just a single strip for the heel, sole, and foot bed. Möbius is the first and most successful design of United Nude. It became the United Nude’s most popular and most recognizable shoe design since the brand was established in 2003.

Recounting how his love affair with innovative shoes started, Koolhaas stated that the shoe came to him. Without any fashion experience, he utilized his design experience as he immersed himself in the creative process.

There was an upside in going the non-conventional route and not being bound by the rules of shoe design. By treating a shoe like a design project, Koolhaas came up with an astoundingly unique and eye- catching range of footwear.

In the masterclass, Rem discussed the thought process involved in developing a design, particularly footwear design. In this part of his talk, he not only delved on the principles of design, he also shared the stories behind the designs of his shoes and the creative inspirations behind each one.

Design is making an idea possible. Yet, as Koolhaas noted, “Something that’s very important for us is that we design for a much larger group of people who have great interest for design, and not so much for trends or following trends.” According to Rem, it is more for people who adhere to their own style.

The outcome also has to be good enough to last long.  Rem also stressed that each pair of United Nude shoes is a reinterpretation of an architectural object or a reflection of the possibilities offered by movement, colors, and materials. One of the most eye-catching of all the United Nude shoe designs is the Wilderness shoe line, which makes use of cloth molded to look like roots and branches.

There is also the Fang model that has multiple fangs on the sole, serving as both the heel and edgy accents. The wedge of each Fang shoe is molded in carbon fiber and fiberglass. Such fashion-forward designs have turned heads the world over, snatching attention at international Fashion Week runways, and hogging the limelight at shoots and events.

In 2014, the Dutch shoe retailer launched the Float shoe made of three parts that link into each other. According to Rem, the Float shoe is a beautiful, interesting piece of work arising from the experimentation and innovation. The Float can even be 3D printed in one’s home. In fact, the company is known to have frequently collaborated with haute couture pioneer Iris van Herpen to print the footwear for her catwalk shows. Each United Nude footwear design is one-of-a-kind. Every design has its own vibe and personality. Some designs may appear wild and flamboyant but are really among the most comfortable or wearable pairs around.

Buying United Nude shoes is like buying a piece of art where there is a story, and the shoe wearers – not  just the designer — serve as storytellers of the brand.

Working with creative geniuses and crafting timeless shoe masterpieces have been part of United Nude’s DNA. The artistically styled, architecture-inspired footwear evoke elegance and attitude. The footwear collections have made people realize that it was possible to downsize a large-scale design so that it can be applied to a shoe. United Nude today remains dynamic as ever, as it continues to create cutting-edge shoes. Special recognition, like the Wallpaper Design Award that the company was bestowed in 2016, attests to how the brand continues to break boundaries in footwear design. United Nude, though, is not just about producing eye-catching designs. Koolhaas places a premium on craftsmanship.

In order to build on United Nude’s already reputable portfolio, Koolhaas has done collaborations with world-famous creatives like sunglasses designer Linda Farrow, architect Zaha Hadid, and fashion designers Iris van Herpen, Antoine Peters, and Issey Miyake. He has also made a bespoke boot for pop music icon Lady Gaga. Rem has always been hands-on in United Nude. In fact, he wears several hats in its operations. He directs design teams and manages the marketing department. “It is really a 24/7 thing, my brain never stops, I’m always thinking of what to make next. I’m never short of ideas,” Rem shares. United Nude, which is already being sold in over 50 countries, is looking to enter new markets. Its current roster of concept stores includes Tel Aviv, Beijing, Taipei, Tokyo, Vienna, and Amsterdam. Aside from shoes, United Nude also has edgy collections for sunglasses, watches, bags, and belts. 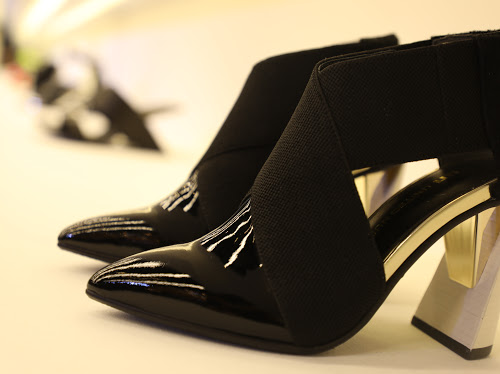 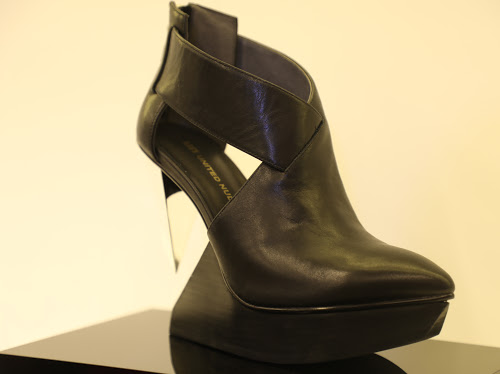 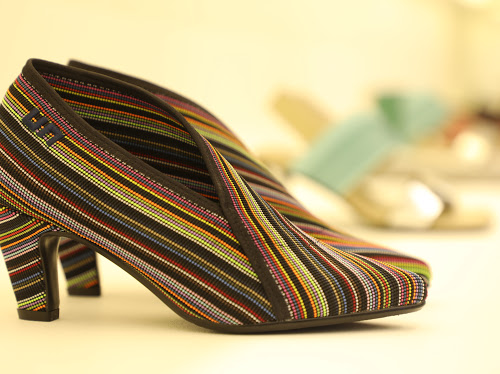 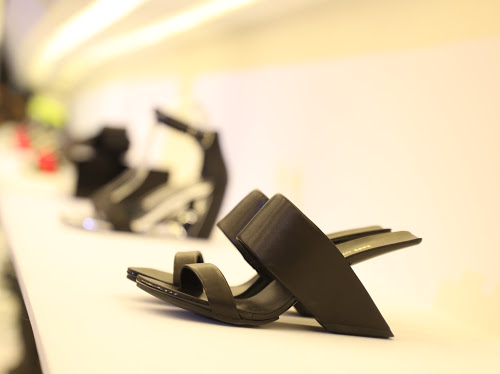 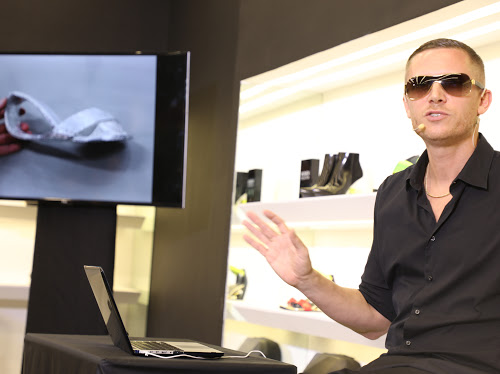 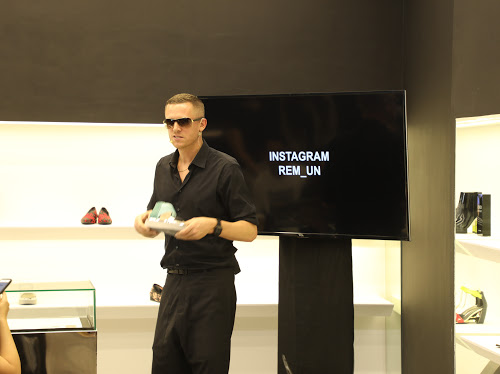 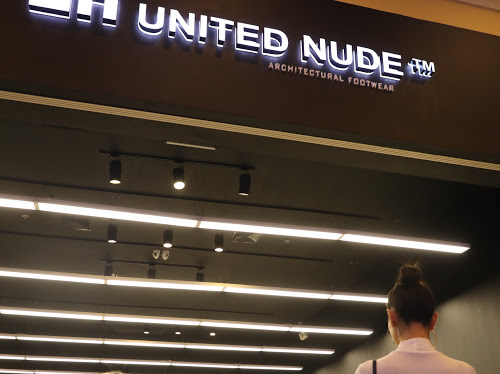 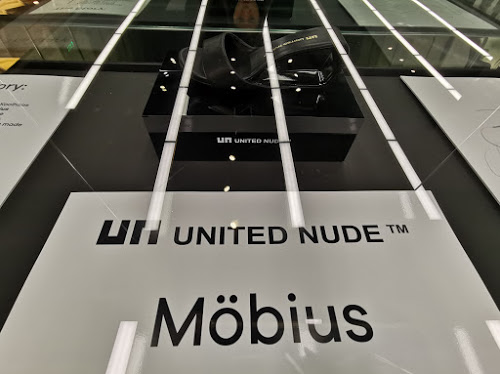 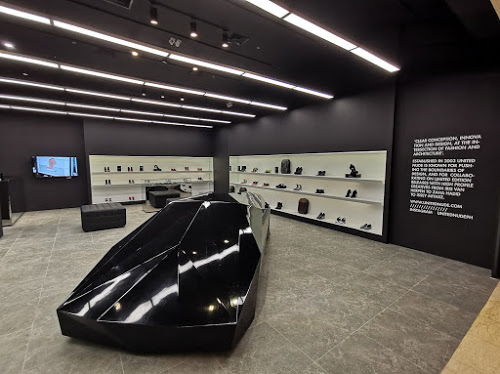 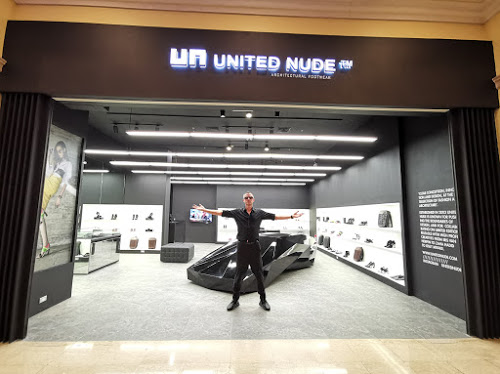 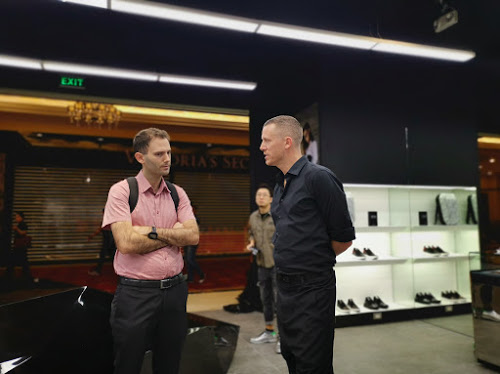 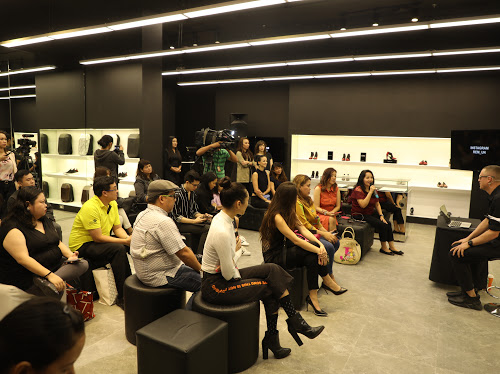 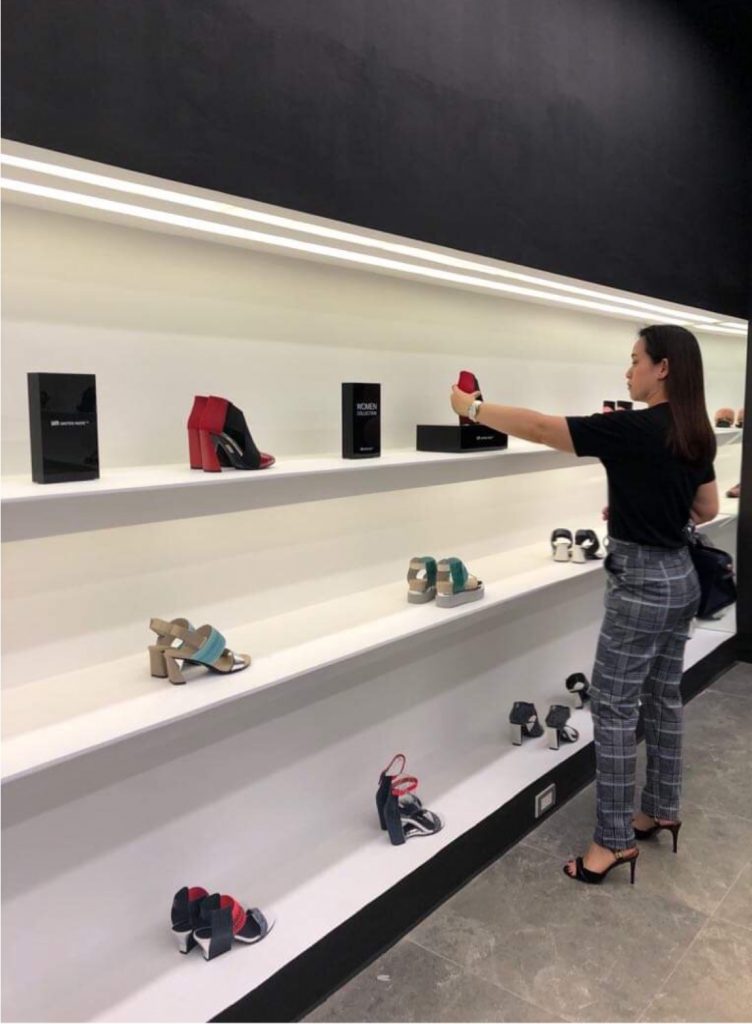